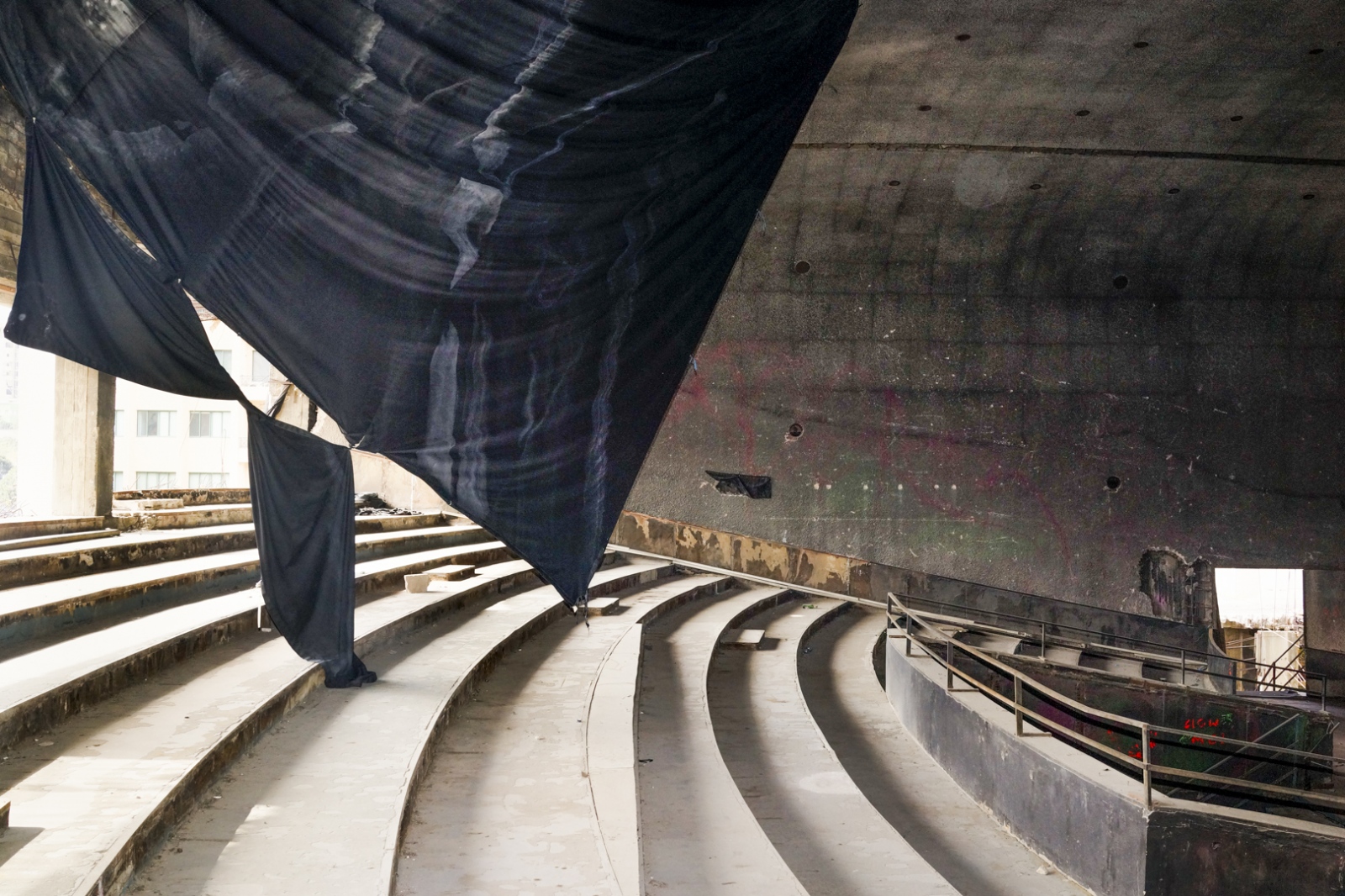 Interior of the Egg theater, Downtown Beirut. The Egg used to be one the first and biggest cinemas in Lebanon, designed by architect Philippe Karam in 1965. Partially destroyed during the Lebanese civil war, the Egg is still a symbol of the country's heritage, and citizens have been trying to oppose its demolition that would open the space to development projects in the area. The photo is part of the exhibition Heritage of Emotions, opening on February 6th at Galerie Nikki Diana Marquardt in Paris, curated by Lara Saab